When People with Dementia are Hard to Place 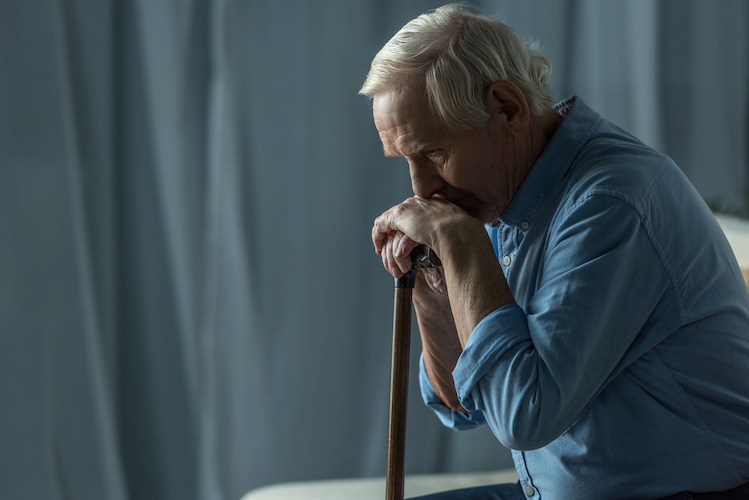 In my role as a care manager, I often work with families whose loved ones have Alzheimer’s disease or another form of dementia. When it’s no longer safe for them to live at home, I help families locate appropriate long term care. It can be a stressful time for everyone concerned, especially when the person with dementia has challenging behaviors. It isn’t always easy to find a placement for them.

This was the case with Peter, who was 82 years old. Although he could no longer drive, prepare his own meals, and take care of his apartment, he had become hostile with the home health aides who provided daily care. At one point he threw a glass at one of his favorite aides and called the police to complain about her. People with dementia may sometimes behave in ways that are physically or verbally aggressive, which can be very distressing for those who support them, including their family members and friends.

It became clear that as his disease progressed, it wasn’t safe for Peter to remain at home, even as his family tried 24/7 live-in caregivers. Peter was a tall, strong man, and even at his advanced age, he could easily hurt someone or himself when he became aggressive. But his two sons and his daughter worried about finding the right facility for him. What if he attacked the staff or other residents? What if no facility would accept him? On top of these concerns, it was distressing for them to see these changes in their father, who had had an easy-going temperament before the disease.

I’d been communicating with Peter’s doctors, who were aware of the situation. Peter had been on several medications, but there is no ‘one size fits all’ magic pill that can improve behavior for most people with dementia. It’s always important to weigh the potential benefits of medications with the risks and side effects. We came up with a plan to carefully monitor a different medication regimen, and I talked with Peter’s family about the non-drug approaches to manage his behavior while we looked for a facility.

“Dad’s caregiver said he hasn’t been sleeping well, and that makes him cranky,” Peter’s son told me. As a person’s cognitive and communication abilities recede, it becomes more difficult for someone with Alzheimer’s to express the cause of their frustration. The caregiver was experienced in working with Alzheimer’s patients, and with her help, we identified and resolved some of the triggers for Peter’s outbursts. Sometimes there are unmet needs at the root of challenging behavior: pain, boredom, over or under-stimulation, or a basic physical need.

Ultimately we were able to place Peter in a memory care unit and I monitored his care, notifying his doctors when his medication likely needed to be tweaked. His family members are relieved; Peter is doing well with a regular routine and he socializes – peacefully – with other residents.

If you need help with your aging senior in the Rochester, New York, area, please reach out to us at 585-787-0009 or info@seniorschoicecare.com. If your aging parent is outside of our area, you can still contact us for a referral to a geriatric care manager in other locations.

Keep in touch with us on our Facebook Company Page: