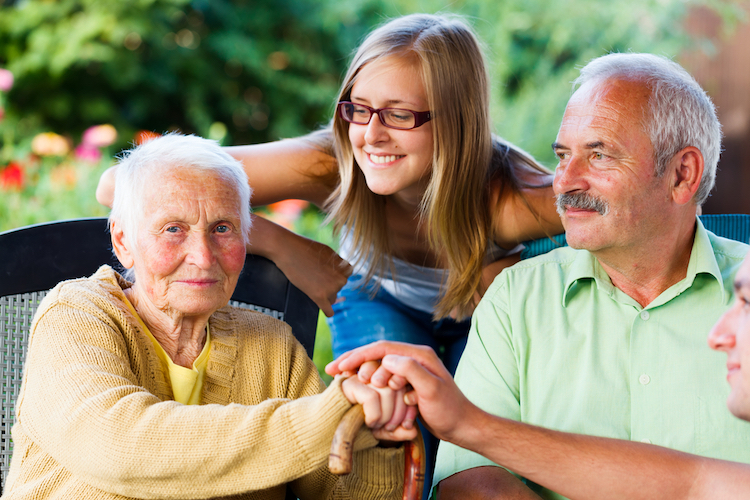 At 20 years old, Emily lived at home with her parents while she worked part-time and attended the local community college. Her grandparents, in their late 80’s, lived in the same town and Emily was very close to them. Lately, she’d been overhearing hushed conversations between her mother and father about Grandma having increased memory issues and cognitive decline. It was noticeable that her personality was changing, and she was often irritable and short-tempered when she had previously been patient.

Emily finally asked her parents what was going on and asked if she could be of assistance.

“We’ve hired Senior’s Choice to do an assessment of Grandma and help Grandpa,” her parents told her. “Grandpa can’t manage this by himself anymore, and we need to figure out what to do next.”

Emily learned that Senior’s Choice care managers would not only make recommendations for her grandparents, but they would assist the family in getting services in place, as well as monitor care on a regular basis. Senior’s Choice coordinated care with Grandma’s physicians and arranged for a home care aide to come in daily to assist Grandma with dressing and bathing. They also reviewed the options for long-term care when in-home services would not be enough.

Emily’s parents assured her that things were under control and that she should focus on her studies, but it really hit home to Emily that her grandparents wouldn’t be around forever. And in fact, there would come a day, probably sooner rather than later, when her beloved Grandma wouldn’t even recognize her as her dementia progressed. Emily contacted Senior’s Choice herself and talked with a care manager about what she could do to help her grandparents and what she could expect in the coming months.

After the conversation, Emily decided to cut back on her part-time job and spend more time visiting her grandma and grandpa. Often, she just listened to them reminisce, or they played cards or listened to music. Her presence seemed to have a calming effect on both of them, and she knew she would never regret it.

“We never know how much time we’ll have with our loved ones,” Emily told the care managers at Senior’s Choice. “I don’t want to look back later and say to myself, I should have spent more time with them.”

It’s a lesson we can all take to heart!

If you or someone in your family are facing aging challenges, please give us a call at 585-787-0009 or email us at lmiraglia@seniorschoicecare.com. We’ll be happy to assist!